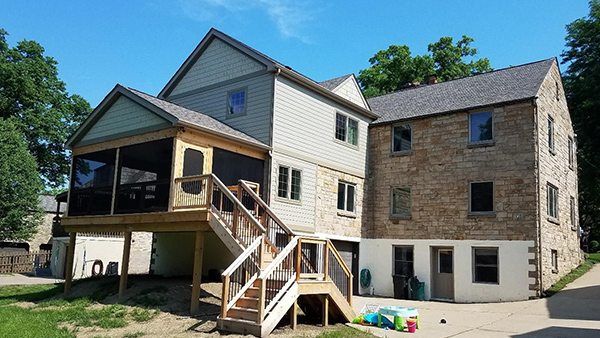 The Problems and Our Design-Build Solutions

These homeowners had a beautiful stone house on a desirable street in Mt Lebanon. With three young daughters, they lived close to their elementary school and had neighborhood kids to run and play with. They did not want to move, but needed to address the numerous problems with their home in order to stay in the house and neighborhood they loved.

First big issue was the kitchen & family room space. The existing kitchen was small and galley like with a pass through window to a narrow dining room. Off the dining room was a full bathroom with a weird square tub and awful tile color combinations. There was an existing family room space, but it was small. Some square footage existed but everything needed reconfigured for the family to be happy and function efficiently.

Early design concepts for this space included opening up all of the walls, reconfiguring the existing kitchen into a laundry/mudroom/powder room space, and putting the new kitchen in the addition with the family room. While the space looked fantastic on paper the costs for the project were creeping higher and the homeowners ultimately did not want to spend that amount on the project.

The Action Builders design team redesigned the project, but left the kitchen in the existing location to open up the space more. We relocated the bathroom space down a short hall with a linen closet. It was more private and not directly off the dining room. While the homeowners sacrificed a little in overall open concept of the kitchen, the budget was reduced by over $75,000, which allowed more flexibility in other areas of the project.

Bedroom space was also an issue for these homeowners. Of the existing four bedrooms, three were normal size, but one was very tiny and could hardly be considered a true bedroom. The family needed three bedrooms for their girls and a master suite.

The solution was to reconfigure the existing master bedroom as a hall into the new master suite addition and maintain enough space for a nice-sized third bedroom for one of their children. This layout also allowed for the existing master bathroom to become a new hall bathroom leaving the home with three full bathrooms on the second floor. With three girls eventually transitioning into their teen years, this will certainly come in handy!

The parquet wood floors were patched and stained to match in the hallway. We used the 8-panel door style between the existing house and addition, making the transition from one to the other unnoticeable. The master suite now consists of a large bedroom, walk-in closet with custom shoe and sweater shelves, plus a large master bathroom with shower, soaking tub, double vanity, and separate toilet room.

Marrying the existing house to the addition on the exterior is always a challenge. It can be especially challenging with an older home and older building materials that are expensive to match — such as stone, slate, or copper. This existing house already had an asphalt roof which we matched with the addition but the entire house had stone on it which can be expensive from both a material and labor cost.

Instead of trying to match the addition exactly and use up a chunk of the budget on the exterior these homeowners decided to coordinate a Hardie cement board siding to the stone along with a cedar screened in deck. Both materials and the color combination coordinate nicely with the stone and don’t compete with it. The bonus? They are a fraction of the cost of matching the existing stone. 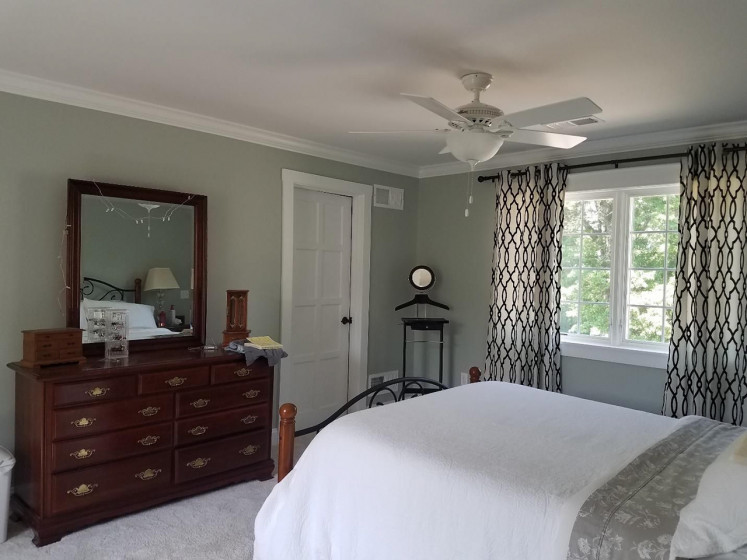 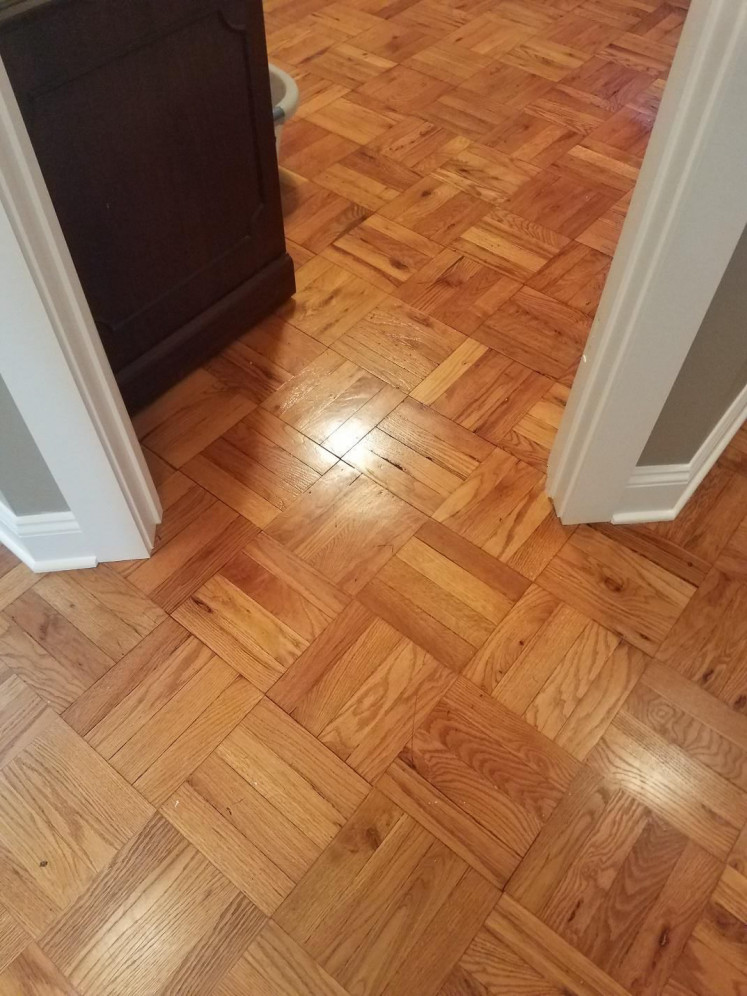 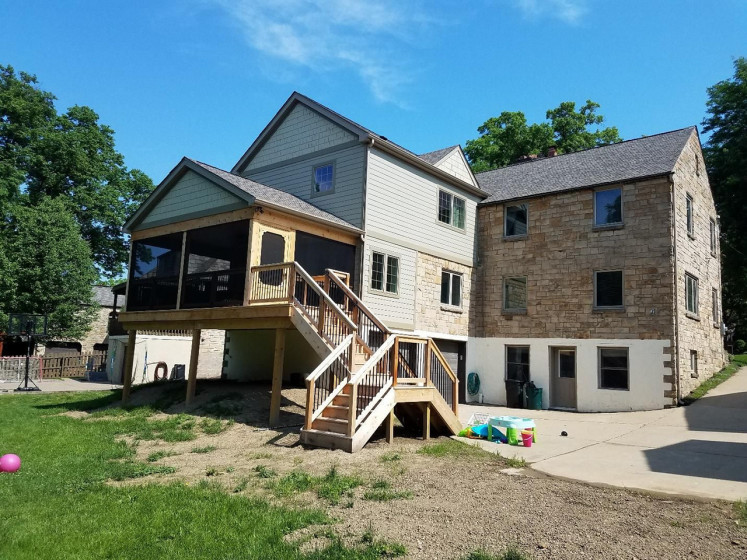